Iknow that there will be a huge flood of answers to my question.

I red an article saying that in Welder Performance Qualification Records , test positions are mentioned as 1G,2G,3F,4G etc and the range a welder is qualified is mentioned as F,H,V etc.

Can anyone explain me it in detail?

Lets talk about this for a bit so we are clear on understanding each others words/terms.

Please discuss the difference between a groove weld in the FLAT position and a "1G" weld.

I think once we know what your thinking the problem will be solved. 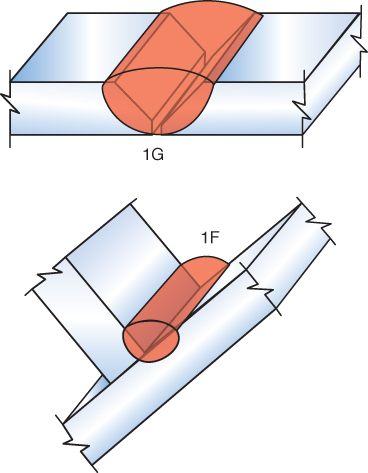 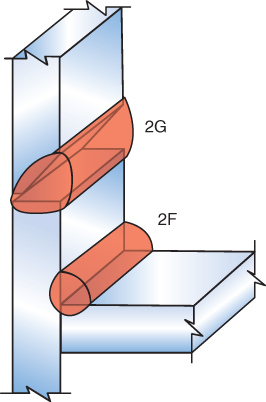 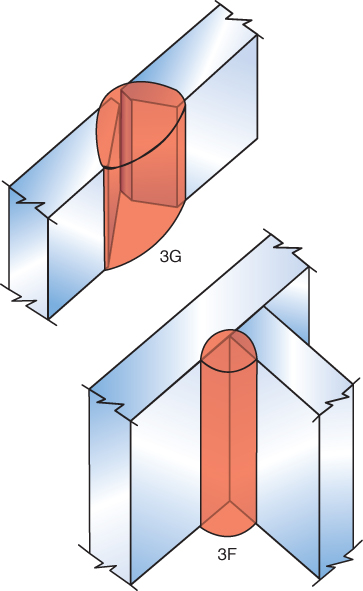 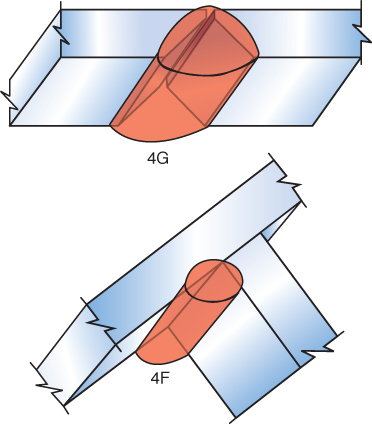 Nandesh, This may sound a bit over the top but, you are aware that the G is for GROOVE and F is for FILLIT?

The words for "groove" and "fillet" are surely different for many folks who have a mother tongue other than English.

As you partially mentioned, test positions are designated as 1G, 2G, 3G, 4G for grooves, and 1F 2F, 3F, 4F for fillet tests.  So those designators are shown on the test record as what positions were used for the test.

I am not sure what article you read, but sometimes the range qualified is listed as flat, horizontal, vertical, overhead instead of using the other designators.
As an example, a welder passes a test in the 3G and is qualified for flat, horizontal, and vertical welding.
I think that is what you said was explained by the article.

I have seen the records filled out that way but I disagree with it to a small extent.  That is because a 3F test only qualifies fillets and not grooves - so it would not be accurate to say flat, horizontal, vertical welding is qualified unless there is a clarification that grooves are not qualfied in the this 2nd example.  I prefer to write out "1F, 2F 3F, 1G, 2G, 3G" so there is no confusion.

I cannot see why it would be required to state "flat, horizontal, vertical, overhead" but it does help a person who does not know what the designators mean to understand the documentation more easily.

We would need to see the article to know for sure what is meant by it.

Please go through the link and later we can continue our discussion.

And a great presentation coming from Mr Walter J. Sperko, this to say the least.

Outstanding effort in pointing out that there is a distinct difference between 'welding test positions' like excellently shown by Lawrence and explained by the others, and the daily job reality.

According to your statement:

I would interpret the bottom line of the very detailed explanations within the PPT as follows.

1.  Test positions are discreetly defined positions of test coupons that are used when testing welders
2.  These positions have tolerances of +/- 15° from the defined horizontal planes and +/- 5° from a defined vertical or inclined plane

And the most crucial one is – from my humble point of view – the assessment:

3.  Make sure that code users understand the difference between testing positions and production welding positions

In my understanding this expresses the reality in welder qualification. In other words. To qualify a welder for a different welding position, one has to define the range of where a particular position (e.g. 1G = PA) has to begin and where it has to end, so to speak. This again is done by defining the position of the test coupon(!) within a coordinate system, which can be described by defining the solid angles. Exactly this has been performed by the tolerance ranges like mentioned above (item 2).

The rest is relatively simple and hopefully I’m right seeing it this way. Why?

Hmmm… because the welding positions to be performed in the daily job are much more complicated. Surely there are ‘true’ 1G,… positions matching exactly the welder qualification by matching exactly the tolerance ranges as described above. But very often, and hopefully you will agree, the daily job welding is confronted with welding positions in between the welder qualification ranges. This is how I understand Mr Sperko’s statement:

And the rest of the presentation is very accurately explaining these transitions between the ‘test positions’, necessary to qualify the welder in an appropriate way to the daily requirements, and the ‘production conditions’ existing in between the ranges the true test positions are representing.

Or, to keep all this in a nutshell: There is very often a difference between the 'test position' and the 'production position'. Both are described by different conditions and this again is the reason that a 'production' 2G is often not equal to a 'test' 2G position.