By David David Date 04-25-2016 05:58
Section 6.6.5 in the AWSD1.1 states that "If nondestructive testing other than visual inspection is not specified in the original contract agreement but is subsequently requested by the owner, the contractor shall perform any requested testing or shall permit any testing to be performed in conformance with 6.14. The owner shall be responsible for all associated costs including handling, surface preparation, nondestructive testing, and repair of discontinuities..".

My question is what are the financial implications in a case where during the tender stage there was no requirement for NDT but in an early stage of the project and before the contractor started the welds the Engineer of Record added a requirement to perform NDT for all the welds.
In other words, Shall the costs of the tests (including repairs and schedule impact) be borne by the purchaser in accordance with section 6.6.5?
Or, shall the costs be borne by the contractor since the weld quality requirements were well known before the welds were performed?

However, keep in mind that if the contractor's work is clearly below standard and it is suspected the contractor isn't complying with the code requirements, the Owner can request additional NDT. If it is demonstrated the work is substandard, it would not be easy to make the Owner pay for the NDT and subsequent rework. Remember who is holding the golden check. The Owner can withhold final payment until such time as he is satisfied the work is done properly.

The contractor can file against the Owner, but court costs can easily exceed the monies owed. If the number of welds found to be defective is substantial , it is doubtful the contractor would prevail in court.

I recently had such a case. The Engineer requested a visual inspection and UT of all moment connection after the structure was erected. Every connection was rejected visually or by UT. The contractor would have a difficult time justifying a 100% reject rate in court. I can predict the contractor's defense; "But judge, I would have done a better job if I know it was going to be inspected!"

Steel fabrication and erection isn't rocket science. If something doesn't fit properly, fix it. If it is the fabricator's mistake, back charge the fabricator for the cost of the repair. if it is the erector's fault, suck it up little buckaroo and fix it. It shouldn't be a case of "All is fair if no one is watching!" 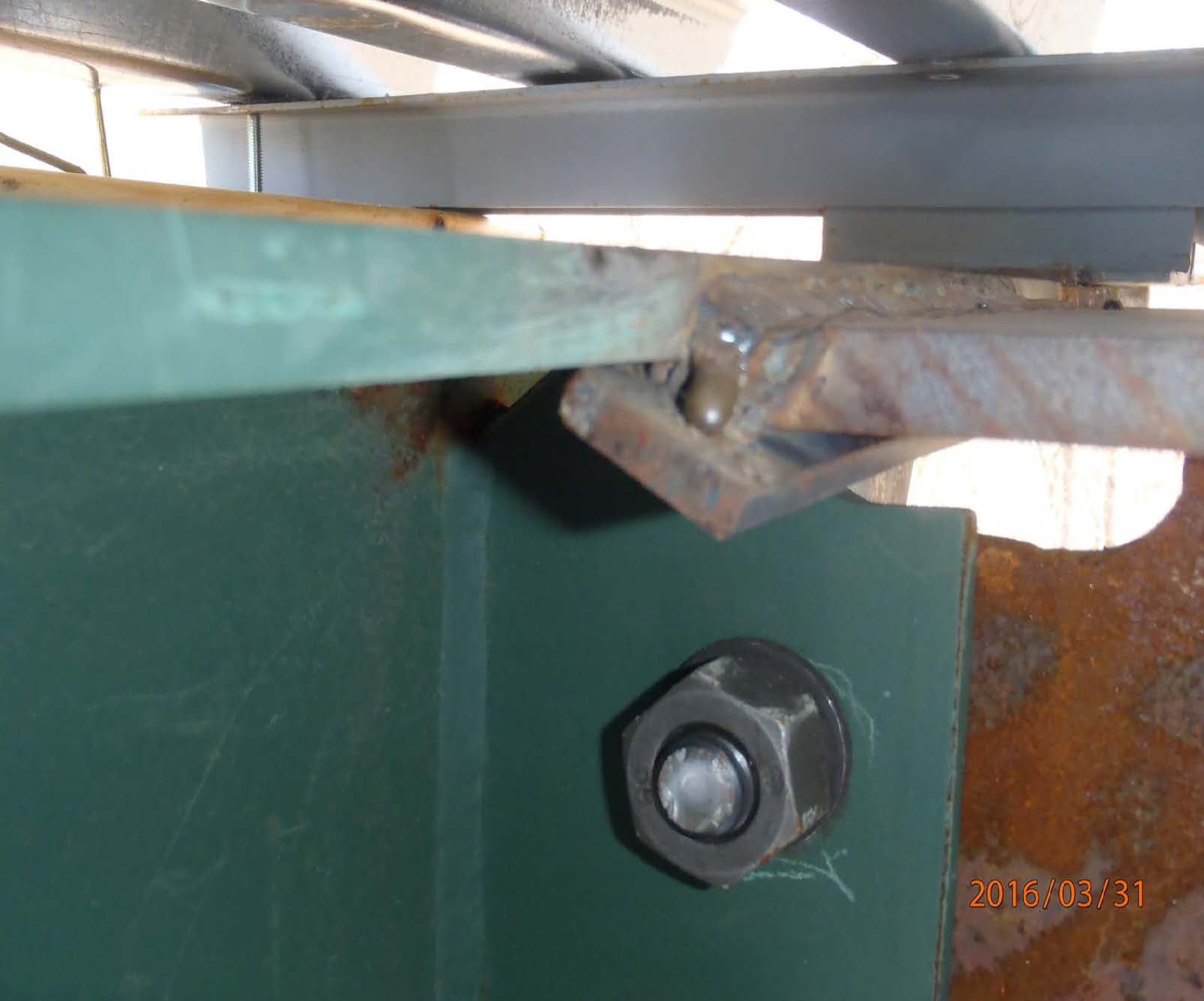 Was that mismatch unintentional ?