What do you think about this "Root" Overlap?

Visual Inspection : "No Overlap" (it does not mention if it speaks about Root or Cap Overlap)

Actually By visual Inspection we cannot see it.

However on Penetrant testing and Macro we can see a little overlap.

Do you think this Weld is acceptable? 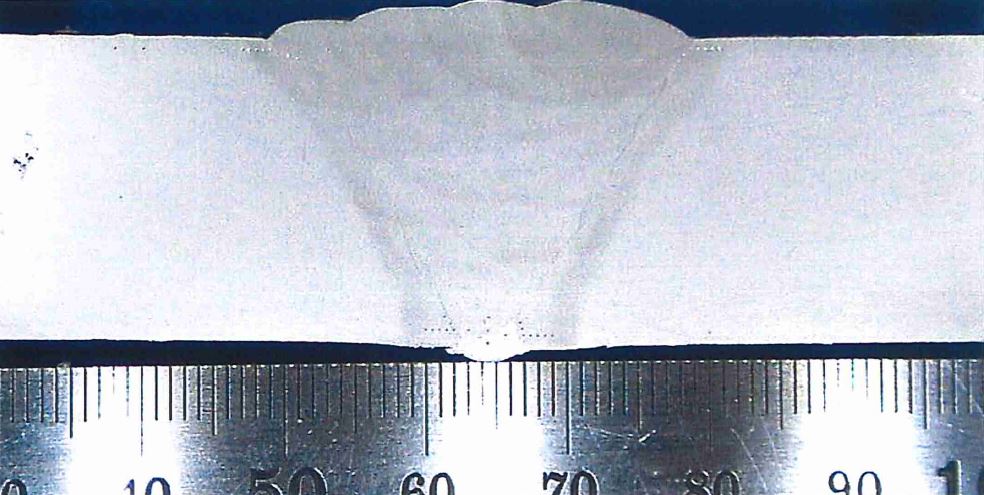 With all due respect can I ask why a Welding Engineer is asking for opinions on an internet forum ?

Actually I ask because my customer complain about this Macro (and the very small overlap). And it is also the first time I am subject to that I have no feedback.

By visual we see quite nothing this is accetable for Radio and Visual.

But for COMPANY "Overlap is not allowed". The fact is the COMPANY are not easy people "IT IS SAFETY FIRST AS PER CODE"

We can see only by Penetrant testing on the Root (yes first time also I do that as mandatory my Oil and gas customer to check the macro).

Acutally after reviewing previous PQR I notified that this effect is often present on the Macro Picture but nobody sport it.

Date 11-11-2019 13:33
On Root Profile you can see the Root is penetrated well. However there is a small notch that is considered by the COMPANY as "Overlap"

By Doing Root bend testing there is not Crack.

The "defect" I see to the left of the root appears to be a burr. If a deburring operation eliminated the indication, it was most likely not relevant. If it persists, then I would say it is a true indication that should be evaluated in the manner specified by the welding standard invoked by the company.

The Applicable code is DNV-OS-F101 Pipeline.

Actually I check the Previous PQR about this Weding Process STT and since 2006 this indication on the Root is present without making problem.

My new COMPNAY inspector put to much blabla about this Indication.

"0 Overlap by Visual Inspection" However As Pipeline the Internal Visual inspection is not pssible. RT see nothing about this indication. AUT as well.

Side Bends are all conformed as the Root is ground flushed.

The penetrant testing is oly used to show that the "burr" is present before cutting.