My main question is if I should be scrutinizing the very beginning of the weld.  I've been told that I should disregard the beginning because it is always colder.  I don't think I agree with that - after all this is a tack welding test - that very beginning will usually be the entire tack weld.

There are slag lines and inclusions beyond the root that I am disregarding, but anything that is at the root or obvious fusion problem to the base metal in the weld zone should be a failure.

Here are a couple of pictures of one that has slag and poor fusion at the root but at the beginning of the weld.  Is this a failure? 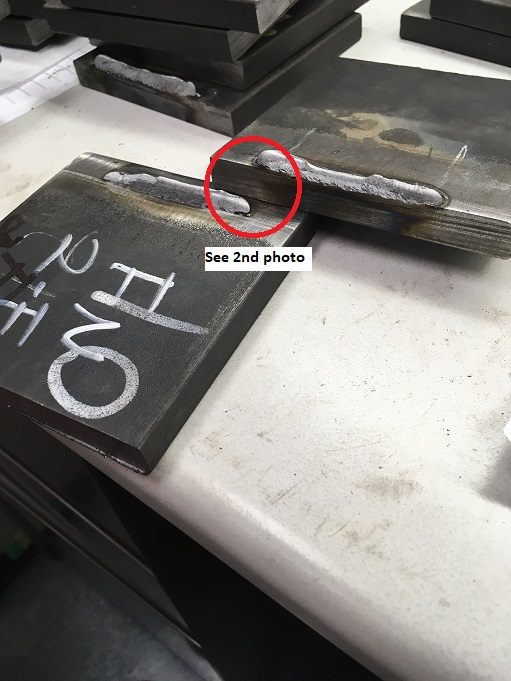 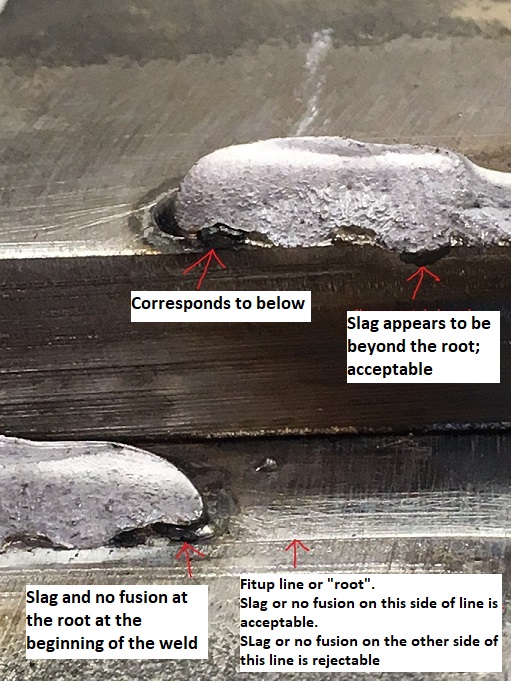 Date 04-05-2019 14:53
I ended up rejecting the ones that had slag at the very beginning, unless it was just a tiny bit in the corner radius.
It seems that this "tack" test is much harder to pass than a V-groove welding test.

Date 04-05-2019 21:36
I have never administered a "Tack Welders" test in over thirty five years of working as a CWI. I qualify the welders using the fillet break test, thereby discarding the first and last 1-inch of weld. One cut end is subjected to a macroetch.